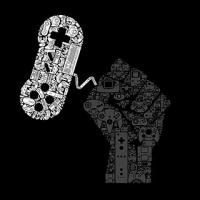 I am the main developer of UDK Ultimate Engine, a modified version of Unreal Development Kit from Epic Games (Unreal Engine 3) which supports deploying for Consoles PS3 and Xbox360. I always had a dream to be able to create and play a game on consoles, from since Super Nintendo. Althought today PC is a very good platform for gaming, anyway, I think consoles still hold a special place on the hearts of many gamers, especially the older ones (like me

) who grew up playing game consoles in front of a TV screen.